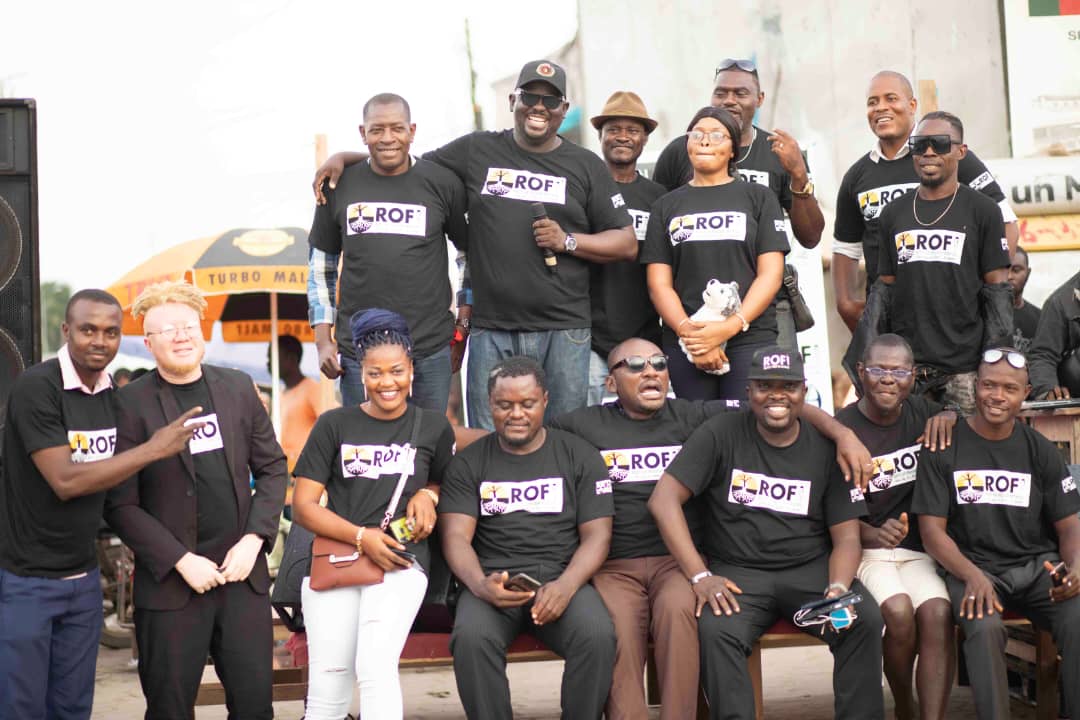 This year’s event had as theme “sharing facts on drugs, saves lives”. ROFI’s campaign, geared towards
denouncing drug abuse and other intoxicating substances, was done as a musical concert named “The No Addiction Concert”. It was under the patronage of the Chief of Social Center Douala II sub division,
Manguelle Joseph. Speaking at the opening of the event, the Founder and President of ROFI, Ndip Ndip Simon Akum, said he choose Youpwe because it repre-sents the place where he had embraced drug consumption and the quarter itself is a hub for illegal drug trafficking and consumption. “Being a former addict, I thought it wise to return to the place where I almost lost my life to drug abuse. I have lived in Youpwe, and got into drug consumption as early as 17 years. Some of my friends have died due to drug abuse. So, we are here doing this concert to raise awareness on drug abuse to save lives,” Ndip said.

The anti-drug association, ROFI, since its conception some three years ago, has helped rehabilitate and reinsert some 20 former drug addicts. Theformer addicts have testified to have become sober thanks to the efforts of the association. Eyong Ferdinand Eyong aka ‘Yakayaka’, one of ROFI’s converts,
has been sober for a year now. His new life compelled him to send out a warm message to those still trapped in drugs. “I am calling on you all to take upon yourself that you can do it. It’s possible. I made the decision to quit, you too can,” Eyong said.

However, some expressed the difficulties they faced each day in their sobriety journey. Kob Jean Jacques has just left the rehabilitation centre at Cite Sic where he spent 21 days. Recounting his journey, he said: “The first one week was hell. I couldn’t sleep, I had hallucinations, anxiety from the lack of cocaine in my system, but now I am completely sober”.

These difficulties, according to psychological lectures, is due to their former dependence on drugs and the family effect. Dr Eyebe Fidel, a psychologist at the Bonasama District Hospital said “most teenagers got introduced into drug consumption due their parents’ inability to counsel them”. At this stage, Dr Eyebe added, peer pressure steps in and the teenager is compelled to consume in order to prove himself tough amongst his peers. According to Eyebe, it is the role of the parent to detect the behavioural
changes exhibited by the child and get professional help for rehabilitation before he/ she gets addicted. Addiction is the root cause of increase in criminal tendencies in the society, he noted.

Experts say cannabis is the most consumed hard drug in Cameroon because of its affordability. However,  cocaine, heroin also fall in the category of hard unauthorised drugs consumed in Cameroon, whereas cigarette, alcohol tobacco have been authorised. But these authorised drugs become harmful to the functionality of the brain with excess consumption, limiting the consumer’s

I wanted to thank you for this wonderful read!! I definitely enjoyed every bit of it. I have got you book-marked to check out new things you postÖ

I need to to thank you for this good read!! I definitely loved every little bit of it. I have you book-marked to look at new things you postÖ